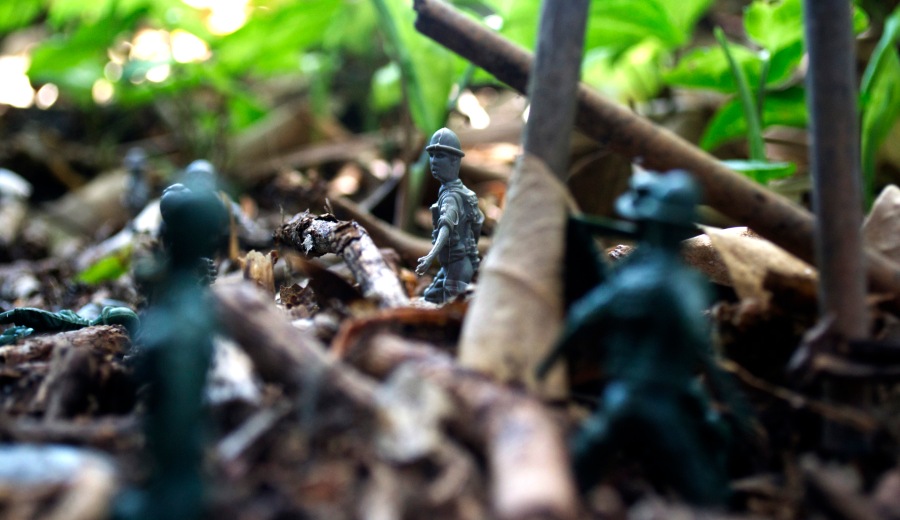 War is constant. All over the world. Tension builds between two parties and the thread of peace fraying away eventually snaps, sending everyone scrambling into battle-mode. Strategies are employed, troops are deployed, and eventually the battle comes to end. Usually in a bloody, wounded mess, resulting in many casualties.

Finding peace among the wreckage is akin to finding a small needle in a farm full of haystacks.

People are constantly at war. At home, at work, out on the street, or in their car. The mantras of ‘survival of the fittest’ and ‘dog-eat-dog’ are often bandied about as an excuse to do whatever it takes to win.

Unfortunately, this promotes the unnecessary need to get one up on the person beside you, even if it means standing on their head to get a foot up. A fellow human, trying to make his or her own way in the world.

Rather than help, there is an instinctive tendency for a lot of people to hinder.

So we can feel a little better about ourselves? So we can yank that job from under their nose? So we can make a few extra dollars? So we can reach the next set of traffic lights a few cars ahead of where we would have been? 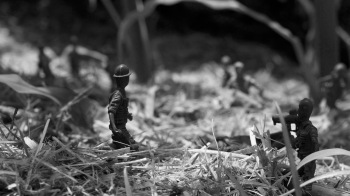 Is that what life has become?

Hell no. Not for me. We might not be able to control how the rest of the world responds to potential conflicts, but we can control ours. At the very least, we can control whether to get drawn in to battle, play nice, or avoid the war altogether.

It’s becoming a bit of theme in this blog where I put forward suggestions as to how I try to follow my own advice. It doesn’t always happen, I admit, but here goes:

I understand that life has conflict that cannot be avoided. They are conflicts that need to be dealt with head on and they are just a natural occurrence of life.

This post is about unnecessary conflict. Finding battles and starting wars when there’s no need to. Both small-scale, such as at work, or treating life as one big battlefield where survival comes at the cost of everyone around you. This is about strategy. Not a strategy on how to win. But how to approach every potential battle and every potential conflict as an opportunity to promote peace and ease. Promote humanity and friendship. Calm the world down, one situation at a time.

Life shouldn’t be about beating the next person. Stepping on other people to get ahead. Or being better, stronger, or wealthier. Winning at all costs isn’t winning at all.

I feel like a broken-record writing this post after already posting about simplicity, loving monday, and (in the near future) patience. But I’m not repeating myself. It just shows how connected these themes are. Avoiding unnecessary conflict, and not treating life as one big battlefield, are skills that can be harnessed, and trust me when I say they make you feel so much better.

Let me know how you avoid unnecessary conflict. What do you do when you know you’re approaching a battlefield and war is looming? Do you put up your guard ready to fight or do you find a way to calm things down?

p.s. Speaking of honesty…. this piece was inspired by the photos I took of little army men. I just needed to get that off my chest.

4 thoughts on “Tug of war… and peace”

What do you think? Cancel reply